Something that began as a simple school community project – collecting long-life milk for children at the Children First Farm in Kilmore, grew into a commitment to change a life.

Year 12 students from St Monica’s College, Epping, had no idea that they would be embarking on the adventure of a lifetime when they first visited Children First’s Farm in Kilmore, several years ago. “After meeting some of the children, the students wanted to do much more than simply collect milk. We were all delighted when we found it was possible to sponsor a child by raising money for their airfare,” said Glenda Hay, Community Development Co-ordinator at St Monica’s College.

St Monica’s students pulled out all the stops to raise the $5,000 needed for Paul’s airfare, by baking, icing and selling cupcakes for the 1,800 students at both school campuses. They then engaged the interest of the local primary school, making and selling even more cupcakes at their ‘cupcake day’. That’s a lot of cupcakes! 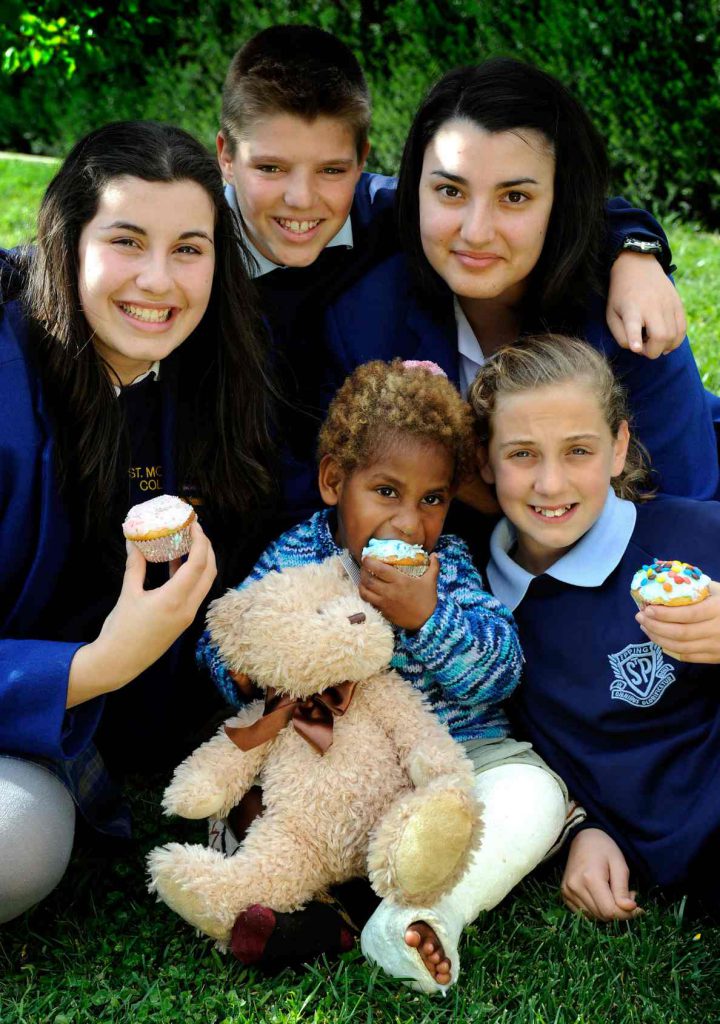 With the $5,000 raised, Paul flew to Australia and was operated on by John Griffiths and his orthopaedic team at Cabrini Hospital. While Paul didn’t say much, he certainly won many hearts at the Farm and at St Monica’s with his bravery, smiles and big brown eyes.

“When the students met Paul, they all wanted to take him home,” said Glenda Hay. “The personal connection we’ve had with Paul has been wonderful. While we support a lot of great causes at the school, the experience with Children First has been particularly rewarding. The students can really see that what they’ve done has changed someone’s life.” 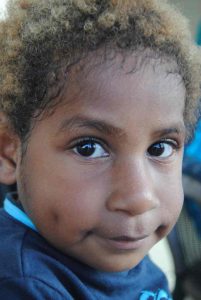 Glenda says that the relationship with Children First will continue to grow. In fact, the current Year 12 students have already begun raising money to sponsor another child, something they are aiming to do each year.

Would she encourage other schools to become involved with Children First? “Absolutely! The students really felt empowered by this experience. It showed them that while one person may not be able to do much, if we work together we can achieve a lot. Helping is not hard – you can do it.”

No related posts were found.