Modjeska from the Philippines

Modjeska Estrada’s life has been changed forever, thanks to the support of Children First and our fantastic supporters.

Chance of a bright future restored

Twenty-four-year-old Modjeska Estrada is an unlikely candidate for medical evacuation to Australia, given her age. Yet, when she was discovered by plastic surgeon James Leong, whilst he was volunteering at an Interplast Australia clinic in the Philippines, it was clear that Modjeska required Children First’s help. 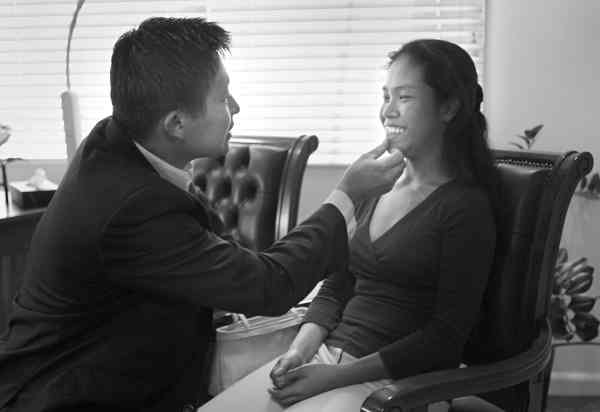 Help out of reach

A bright young woman, Modjeska’s face was gradually being completely distorted by an ameloblastoma – a rare tumour that develops in the jaw. Although she was advised by a local physician to have the tumour removed in 2006, this was way beyond her family’s means. The operation required would have cost in excess of 1 million pesos (approximately $23,000 AUD) in a country where the average monthly wage is approximately 10,000 pesos ($900 AUD).

Whilst Modjeska was employed in the accounting department of a large company, her employer had given her the option to leave because of the disfigurement created by the growing cystic mass on her jaw. In the Philippines, there is little tolerance for anything that deviates from the ‘norm’ in both appearance and physical ability. As a breadwinner of her family of nine, this would have been disastrous and was yet another blow to a young woman who had already suffered considerably.

In the intervening years, the mass had enlarged significantly, weighing more than one kilogram and affecting her ability to breathe and consume food. As the tumour grew, so too did the complexity of any surgery that would be entailed. Modjeska required the sophistication of a highly-skilled surgical team in a world-class facility.

With the generous help of Rotarian Bruce Shaw of Berwick travel agency Cruise and Travel, Modjeska and her mother, Cora, travelled to Australia for her life-changing operation in August 2011. Twelve hours of surgery followed, where 23cm of fibula bone from Modjeska’s leg was used to reconstruct her jaw. The operation was performed at Dandenong Hospital and, under the direction of James Leong, involved four surgeons, two hospital registrars, five anaesthetists and several nurses.

“It was a complex operation where time was of the essence, given the size of the tumour and the impact it was having on Modjeska’s health. She had been suffering from chronic bleeding from the mouth due to ulceration which had also prevented her from eating properly. Without surgery she would have literally wasted away,” said James.

“Usually dental implants would have been done in a second operation, however we decided to do this at the same time as we reconstructed her jaw, meaning that we could save two to three months,” he said. As she has slowly recovered at the Farm, Modjeska has since undergone significant dental work at the Alfred Hospital. 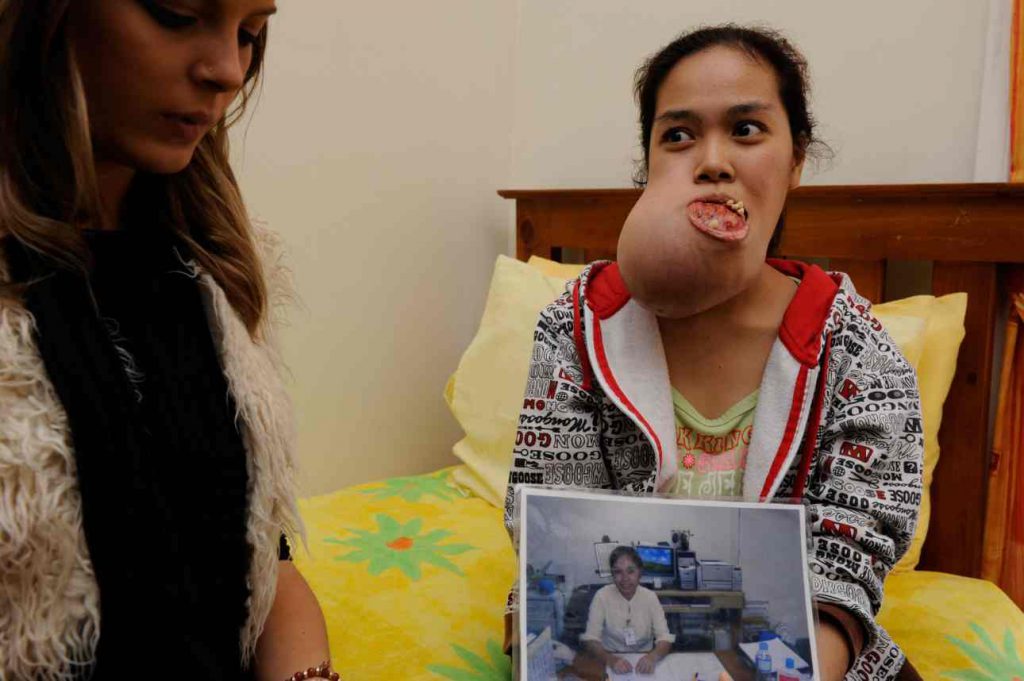 Meanwhile, Children First has also ensured that she has been able to continue her education through Open Universities Australia, with Foundation sponsor Jacobs Australia generously donating a laptop to assist with her studies.

What sort of future can Modjeska look forward to now? “Before her surgery, Modjeska was treated as a social outcast. Her education had been interrupted and she was facing an uncertain future. With the tumour gone and working towards a degree in accounting, she will now be able to resume the life she’s worked so hard for,” said James.

Modjeska also wants to share her good fortune with others and is thinking of volunteering with Rotary in their medical missions when she returns to the Philippines.