A pre-flight tour helps to soothe the nerves

A large international airport can be a challenging place, even more so if you’re travelling alone and don’t speak the local language.

This was the situation facing Maria, the young lady from Timor Leste who we’ve been caring for following her surgery at Epworth Richmond.  Maria is ready to return home tonight.  She’ll need to change flights in Darwin and we were concerned about her finding her way.

Children First Case Manager Marina Te Maro sought some support from Foundation friend  Major Winton Knop, from the Chaplaincy Department at Melbourne Airport.  Major Knop offered to see what he could arrange in Darwin, and also invited Maria to have a tour of Melbourne Airport prior to her departure.

So on Monday morning,  Retreat manager Deb Pickering and assistant Mel Likos loaded all the kids in the van and headed to the airport where they were warmly greeted by Winton and his colleague Mary.  Deb said they were ‘just lovely’.  The group had a tour of the control room, and the kids were given binoculars to watch the planes land and take off. 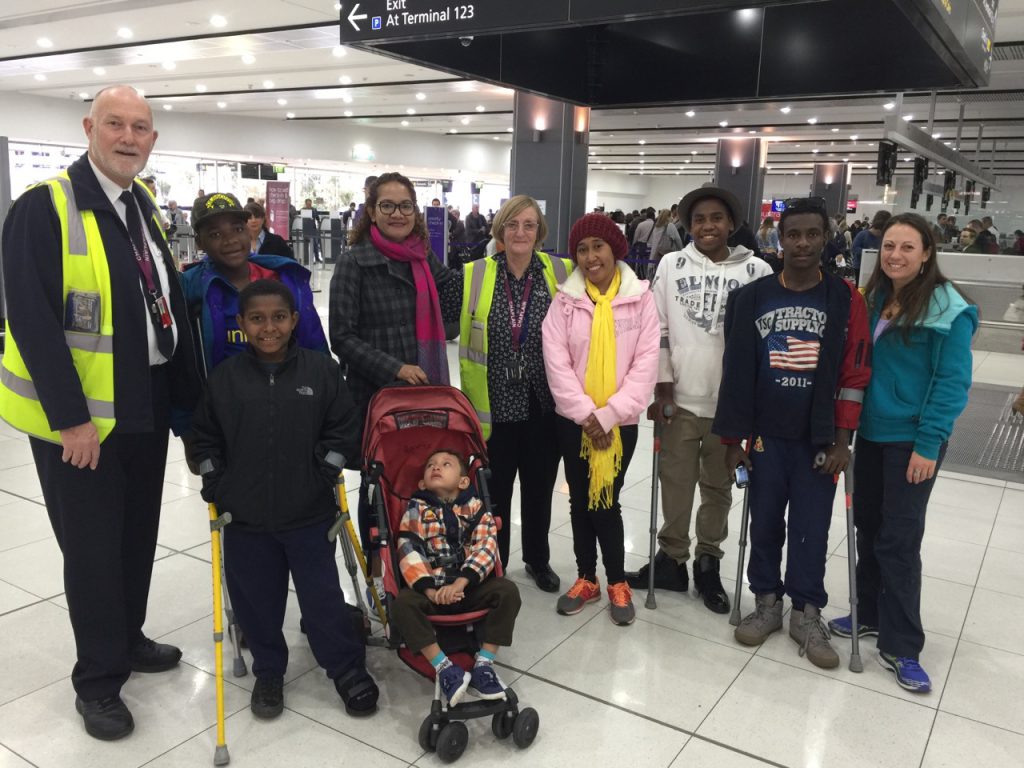 At the conclusion of the tour Winton and Mary treated them to lunch at Hungry Jacks!

Winton said the tour was a total pleasure.  “The kids were delightful,” Winton reported to Marina, “and Mel and Debbie are quality carers.”

Furthermore, Winton was able to arrange for someone to meet Maria when she arrives in Darwin late tonight, and escort her to her connecting flight.