Another busy year at Children First has enabled more children to return home happy, healthy and hopeful after life-changing surgery. Follow their stories in the Miracle sMiles diary 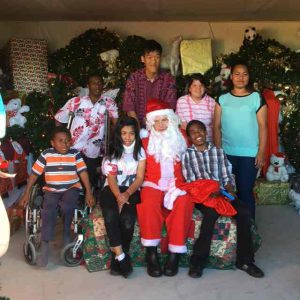 December 2016
As 2016 drew to a close Choity from Bangladesh, Daniel, Edward and Trophimus from PNG,  Innocent from Zambia, Kiko from Indonesia, Thierry from Madagascar, Pulei from Tonga and Theresa from the Philippines were celebrating the festive season with us as their treatment continued, along with ‘deputy-volunteer’ Eman from Palestine

March
Edward returned home with No Roads – Health, to return later in the year to have growth plates removed
Theresa had surgery to reconstruct her jaw at Cabrini with surgeons Mr Jamie Burt and Mr Charlie Baillieu.

April
After undergoing world first surgery at Monash Children’s Hospital, where Associate Professor Chris Kimber and his team reconstructed her internal organs, Choity and her mother Shima were ready to return home to Bangladesh.  Her amazing story attracted national and international media coverage. Choity was referred to Children First by Atom Rahman’s AACHOL Trust.
Sadia arrived from Bangladesh for the fourth time for craniofacial surgery with Professor David David at Adelaide Women’s & Children’s Hospital.
Trophimus was admitted to St Vincent’s Private for orthopaedic surgery to rebuild his hip which had been destroyed by TB.

May
Theresa was admitted to Cabrini for skin grafts with Mr Nick Houseman and Mr Jamie Burt at Cabrini.
Innocent had his second orthopaedic surgery.
Vu and Tien arrived from Vietnam with their mothers, for surgery and treatment at the Craniofacial Unit in Adelaide.  Both have crouzon syndrome.
Daniel was admitted to St Vincent’s Private for orthopaedic sugery to rebuild his hip which had been destroyed by TB.

June
We welcomed Maria from Timor Leste.  Maria suffered with Arnold Chiari Malformation, which was causing progressive damage to her brain stem and spine. She underwent surgery with Mr Patrick Chan at Epworth.
Kiko returned home after treatment for a pituitary gland disorder.  Mr Peter McNeill operated at St Vincent’s Private Hospital.  There are plans for him to return for further treatment in 2018.
After three years undergoing surgery in Sydney and Melbourne, Theresa was able to return home to her family in the Philippines   Theresa won the admiration of everyone for her courage and determination throughout several surgeries to release burns contractures, intense physiotherapy and plastic surgery.  She’s an amazing young woman.

July
Teagan Glenane returned from Timor Leste where she enjoyed an emotional reunion with four Children First children from past years – Margarita, Tina, Angela and Martinho.  She also escorted Janelio and his mum Neria to Australia.  Janelio came for investigation for orthopaedic surgery.

September
No Roads -Health escorted Koko home to PNG, his treatment now completed, and returned with Edward who was ready to have his last growth plate removed.
Sadia returned from Adelaide to be cared for at the Miracle sMiles Retreat until it was time for her next surgery.  Surgeons had inserted expanders in her skull in preparation for further surgery which would take place in October.

October
Trophy, Innocent, Daniel and Sadia had a ball at the Gala Ball.
Janelio returned home after investigative tests recommended alternative treatment.  He will be monitored and expected to return in two years.
Imam arrived from Indonesia.  He is being treated for a pituitary gland disorder.
Edward underwent surgery to have growth plates removed.
Daniel was admitted for day surgery in preparation for his major surgery.

December
We first met Sadia in 2008 when she was 5 years old. Over a period of 9 years, she has undergone many procedures as surgeons have reconstructed her face.  Sadia returned home in December – another of the many children who inspire us each and every day with their courage, determination and sense of humour.