The team of surgeons, nurses, anaesthetists and technicians involved in the surgery received a spontaneous round of applause from the media throng at the hospital this afternoon – well deserved applause we say!

Paediatric surgeon Mr Joe Crameri said the girls were with anaesthetists for two hours before surgery got underway.  ‘One girl went to sleep quickly,’ he said, ‘the other decided not to.’  When told this, mum Bhumchu laughed and said ‘that’s Nima not sleeping.’  Seems Nima has a habit of avoiding sleep and waking her sister.

The girls are doing very well and breathing on their own.  Bhumchu has seen her girls and given each a kiss…each sleeping apart for the first time – at least until surgical wounds have healed!

Thanks to the Royal Children’s Hospital Creative Team for these photos. 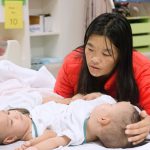 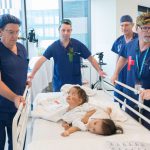 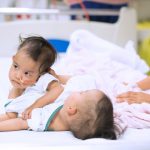 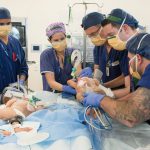 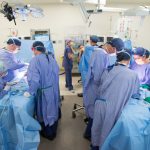